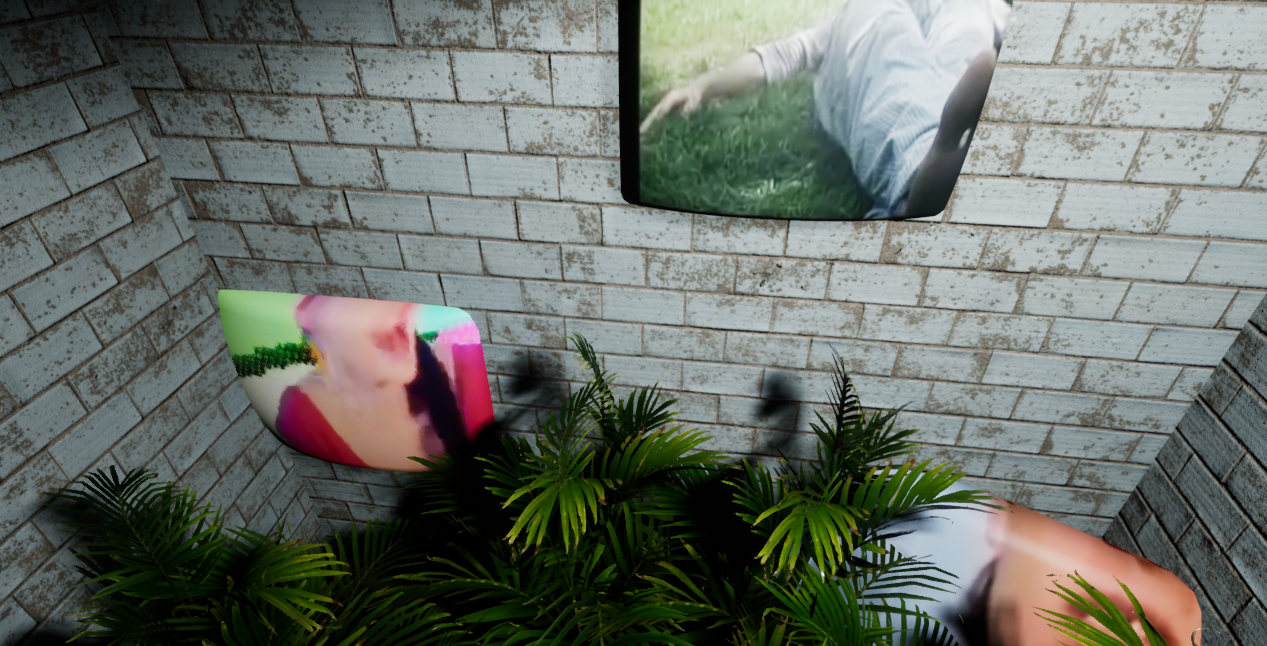 Yugowave is an installation where the viewer moves through a dystopian, abandoned, industrial virtual space in which there are TV screens where music videos from the ‘80s Yugoslavia are playing. These products of pop culture are a part of the collective memory and nostalgia for "carefree times" and contrast not only with the apocalyptic space itself, but also with the sound material: the space is reactive, and passing through certain spaces the visitor hears real audio inserts from the Yugoslav wars, which testify to realities of war horrors (speeches of politicians, generals, testimonies of civilians).

The time required to tour the entire virtual installation is 10-20 minutes.

Combining vivid fragments from Yugoslav popular culture with documentary testimonies from the war, this work shows that in addition to civilians and soldiers, it’s also culture, music, film, literature, and everything that makes the life and the identity of the people, that also perishes. In this work, the viewer is confronted with events that led to or are the product of war on the territory of the former SFRY.

The futuristic space amplifies the mental distance of the viewer, so that these events can take on the dimension of artifacts on the archeological site of an ancient civilization that no longer exists - pointing to the universality and meaninglessness of war, the transient nature of human existence.

At the same time, this work is a kind of virtual memorial architecture, because it maintains the memory of the culture of the society carried away by nationalism and fascism. At a time when the Balkan region, the rest of Europe, North America and the whole world are flooded with a wave of reactionary, inflammatory and populist ideologies, it is extremely important to remind people that these very things led to the Yugoslav bloodshed in the 1990s.Tribalistic fragmentation of (class, sexual, ethnic, racial, religious) identities, self-victimization, building myths about historical injustices are powerful drives for radicalization of the population and mutual conflict. 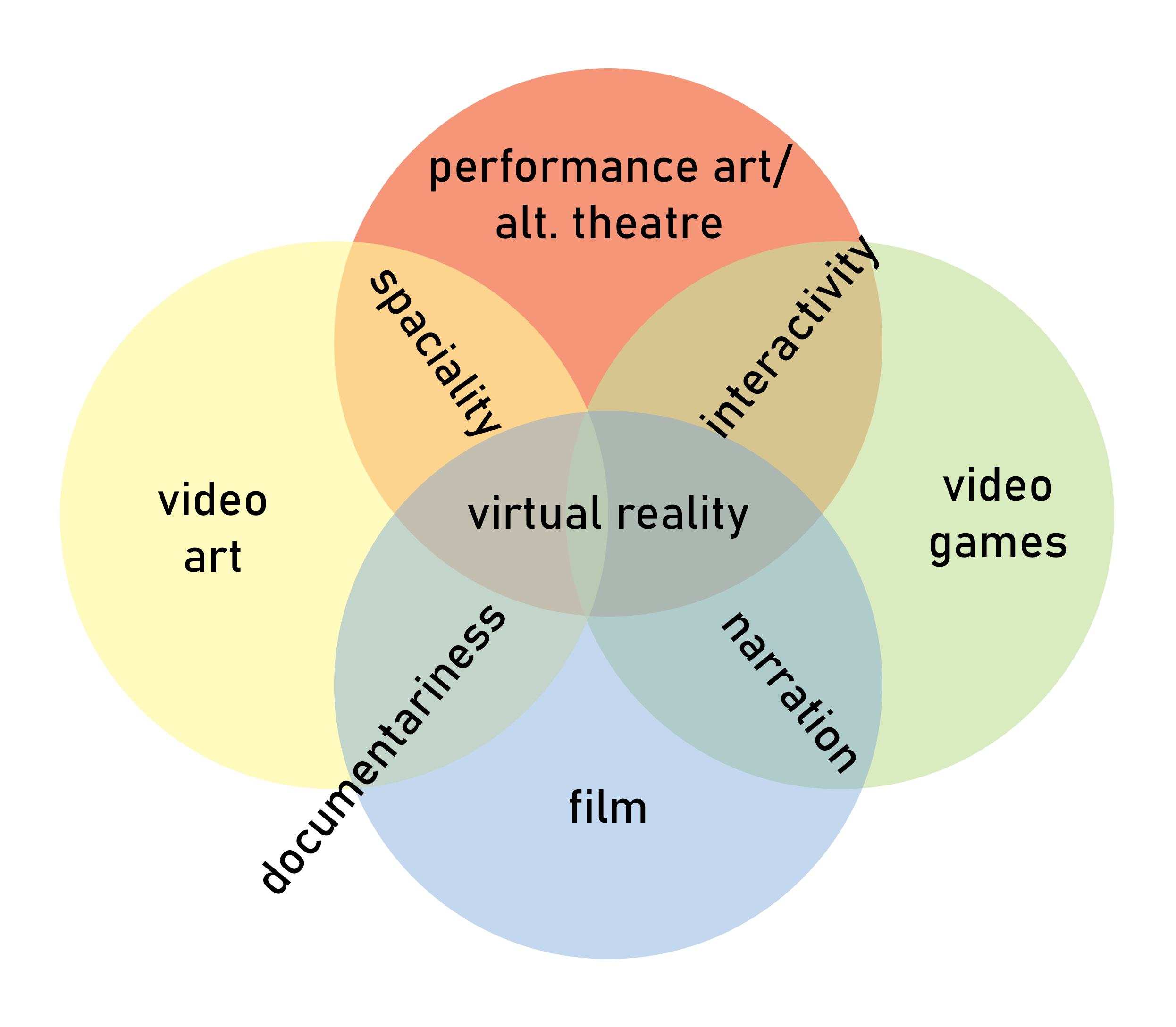 Each music video has its own story: from the way the musicians presented themselves, what was en vogue, what was alternative - all these layers are present in every music video of a certain age. When contextualized in a "virtual wilderness" among the ubiquitous sound narrative of war speeches and sounds, they give a very authentic and vivid view of the state of Yugoslav, European, human civilization at one point in time - the end of the 20th century AD.
‍
INTERACTIVITY
‍
The space itself is fixed, but the possibility of moving through the space and exploring it significantly contributes to the feeling of immersion in the work, as well as the space being audio-reactive, where audio material is triggered at certain points in space.

SPATIALITY
‍
The labyrinthine spatial configuration of space aims to increase the feeling of being lost, disoriented and trapped in that hellish world of destructive populism and destroyed culture.

DOCUMENTARINESS
‍
Each music video is an authentic product of one culture, and mere curation of them in one place represents a valuable anthropological whole. But merging those artworks with equally real and authentic sound recordings that testify to the fatal ideas and collapse of one state creation contextualizes the whole as a whole in a completely new way, linking the complexities of one culture.

VISUALITY
‍
The sensibility of this work relies heavily on the eclectic postmodernist aesthetic traditions of vaporwave, seapunk, and cyberpunk. The medium of video games and virtual reality very naturally complements the fluid, subliminal aesthetics of digital art.

VIRTUAL REALITY
‍
The medium of virtual reality unites all previous disciplines of art in itself and as such possesses great unexplored aesthetic potential.
‍ 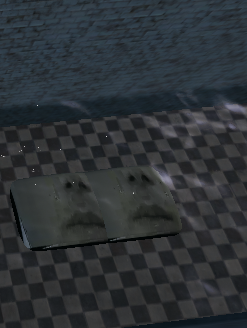 Yugowave was exhibitied during the 2020 Sombor Salon and was among the frontrunners tor that year's award.

In 2023 it is scheduled to have a solo ecxhibition in the Belgrade Cultural Center's Fine Arts Gallery. 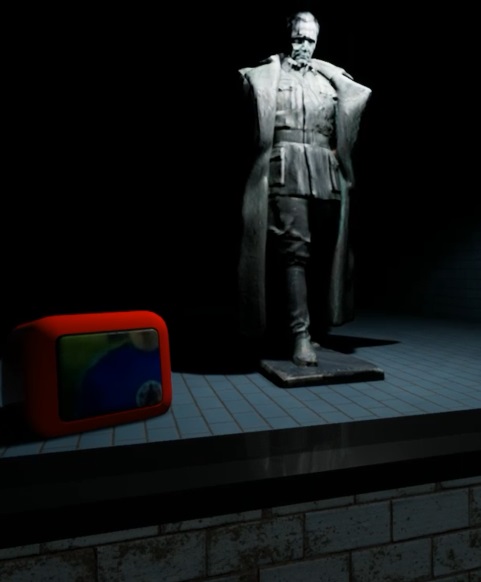 1. Download the file "yugowave.rar"
2. Extract the files using WinRAR/WinZip
3. Run the file named "yugowave.exe".
4. In the game, you can move using buttons A, S, D, W, or the Up, Down, Left, Right arrow buttons and MOUSE.
5. You can exit the game by pressing Alt+F4.
‍ 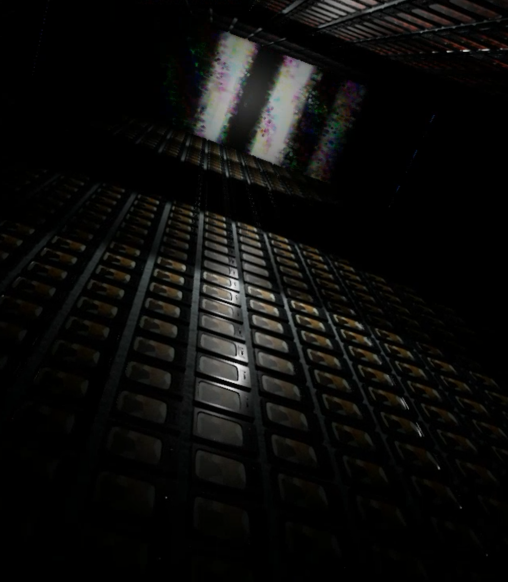 This artwork could not have been realized without their help:
‍
Vojvodina Civic Center - shared the research material and sources on the Yugoslav wars
Oliver Pejić - author of the 3D photogrammetry model of the Tito statue
Film Center of Serbia - recognized the quality and provided the initial funds for the creation of this artwork